Posted on March 8, 2018 by dracutrotaryclub 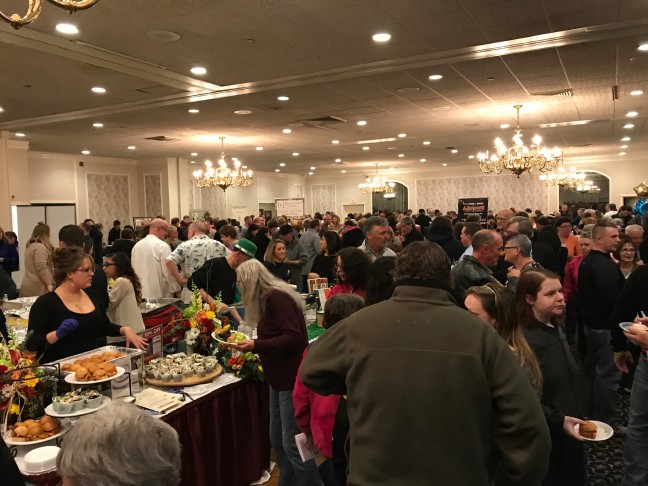 Also new this year was expansion of the venue to include Lenzi’s front function room. “This is where we had our dozens of gift baskets,” said Ouellette. “They were on display throughout the evening.” Patrons agreed this was a plus. According to one gentleman who attended last year’s Dining Around Dracut, the layout gave people time to check out the baskets and gifts. It paid off too, according to raffle chairs Jessica Silva and Dot Amborsini The Club sold twice as many raffle tickets as the year before. The room was set up with tables and chairs as well, giving guests a spot to enjoy some food offerings, before returning to the banquet hall to try something new.

In addition, an admission ticket was a chance to win this year’s door prize, generously donated by Lynette Duggan. One of the evening’s diners walked away with a flat screen television. The door prize, raffle prizes and delicious fare from 31 of Greater Lowell’s restaurants and caterers kept Dining Around Dracut hopping and guests happy. As they left, many in the crowd thanked the Rotarians for hosting the event and said they would be back next year.